As a long time fan of books, tv shows, and dramas, one of the side effects is acquiring an overactive imagination. Sometimes it’s a curse, many times I can see plot twists from a mile away and though there’s a satisfaction in saying “I knew it”, it gets really disappointing when everything goes exactly like you first imagined, unless you imagine anti cliché twists, in that case it never happens.

On the other hand, the fun side of having an overactive imagination are the never ending drama scenarios and dream casting ships, and that kinda turned into a running joke with my friends.

My female leads will be different and diverse, I want the FLs to be self assured; people don’t need to be arrogant to be confident, crying is not a weakness but they don’t need the ML to save their day, friendly but still shy and definitely not a pushover; women have friends! They don’t need to be the center of attention and loved by everyone, but we all know the basic social manners while navigating life, not everyone is friendly but not everyone is out to get the FLs, same goes with style, trends come and go but “not rich” women can also be into fashion, even a T-shirt with jeans can be stylish if one pays a little attention.

For the MLs, they’ll not be jerks; they don’t have to be sweeties but they also know basic manners on how to deal with people, they won’t be “chaebols” (beside the 1st “prince”), they can be softies without being doormats, and they also can be fashionable with friends. 😉

Also, special thanks to my Butterfly, i.e. my partner in crime and the one who listened to my crazy ideas and helped me make them better~

This was probably our first production, I can’t mention many “muses” for this, when I discussed it with @The Butterfly we talked about how it should be more like the full on fantasies in  C-Dramas or even US movies like Ella Enchanted.

Though I’ve been a huge fan of urban fantasy and I know a lot about mythical creatures and “Fae”. This could be in a different universe, about nations of the four elements; earth, water, air, and fire. (Or add more and make it like EXO! xD)

Seo Ye Ji, Kim Da Mi, and Gong Yoo would be from the Earth nation, the power associated with it would be healing, nature and growth, and Woo Do Hwan is from (Fire cuz he’s so hot) the Air nation, I feel like air would also be utilized as telekinesis with a possibility of teleportation.

There will be a dark threat that’s not political and some issues that’d make the nations unite against it, and therefore create “conflict”. 😉 Gong Yoo might also get tempted by the dark force and thus his wings change. ;p

*The romance is between Seo Ye Ji x Woo Do Hwan, there’s no romance between Gong Yoo and Kim Da Mi.

Kim Jae Wook is a rock star that was never able to achieve his dream of performing on a big stage with his band, time passed and his band disbanded until one day he decided to chase his dream again so he asks his friend Byun Yo Han to restart the band.

Since none of their old friends want to pursue that dream again, Kim Jae Wook and Byun Yo Han cast the new kids Jang Dong Yoon, Woo Do Hwan, and Kim Ji Soo.

Kim Tae Ri is an artist that wants to start her own gallery so she rents the space next door to the Band’s practice room and this will lead to a sweet, mature (i.e. not childish, non-cliché) romance between her and Byun Yo Han.

Kim Da Mi is a guitarist in her own girl band and she’ll have a cute romance with Woo Do Hwan. Han Ji Eun is Kim Jae Wook‘s wife;

“completely un-drama like, happily married and communicate to resolve issues. And use humor to diffuse situations. Understand each other’s strengths and weaknesses to help each other out. I’m so tired of the bickering, back biting couples. ” – quote from  @The Butterfly.

Shim Eun Woo is Jang Dong Yoon‘s cute wife cuz why can’t we have a young happily married couple as well, and Stephanie Lee is paired with Kim Ji Soo just because I want to relive the Prettiest couple ;(

The story is not too heavy on the band stuff, it’d be a slice of life balance between work, dreams, friendship, and love.

* I added Mr. Sunshine for reference on the reverse harem, I want them to admire her, not particularly fall in love with her. 😉 And Byun Yo Han will have a beard. ;p 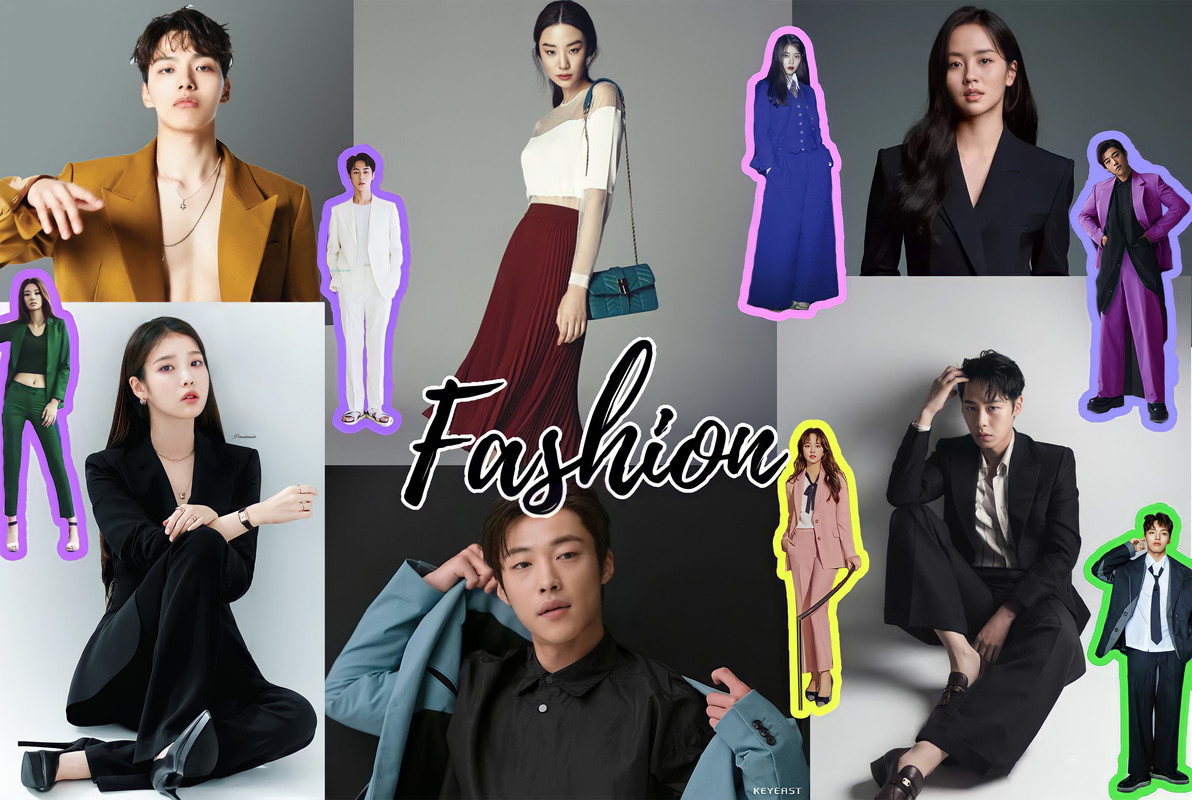 The story would revolve around a “fashion club”. IU is a prestigious fashion designer that visits the university and becomes their mentor. Woo Do Hwan is a professor that was forced to overlook the club. Stephanie Lee and Lee Jae Wook are fashion students and friends, Kim So Hyun and Yeo Jin Goo end up in the club and become their models.

I hate stress but I guess the conflict would be whether each student chose the right major, what’s their next move after graduation and all that college stress no one warns you about. Also, Yeo Jin Goo‘s already acting like he’s in his late 20s so I want to force him back to the youngster vibes. xD

*Includes 3 different stories, the adults, the seniors and the freshmen. 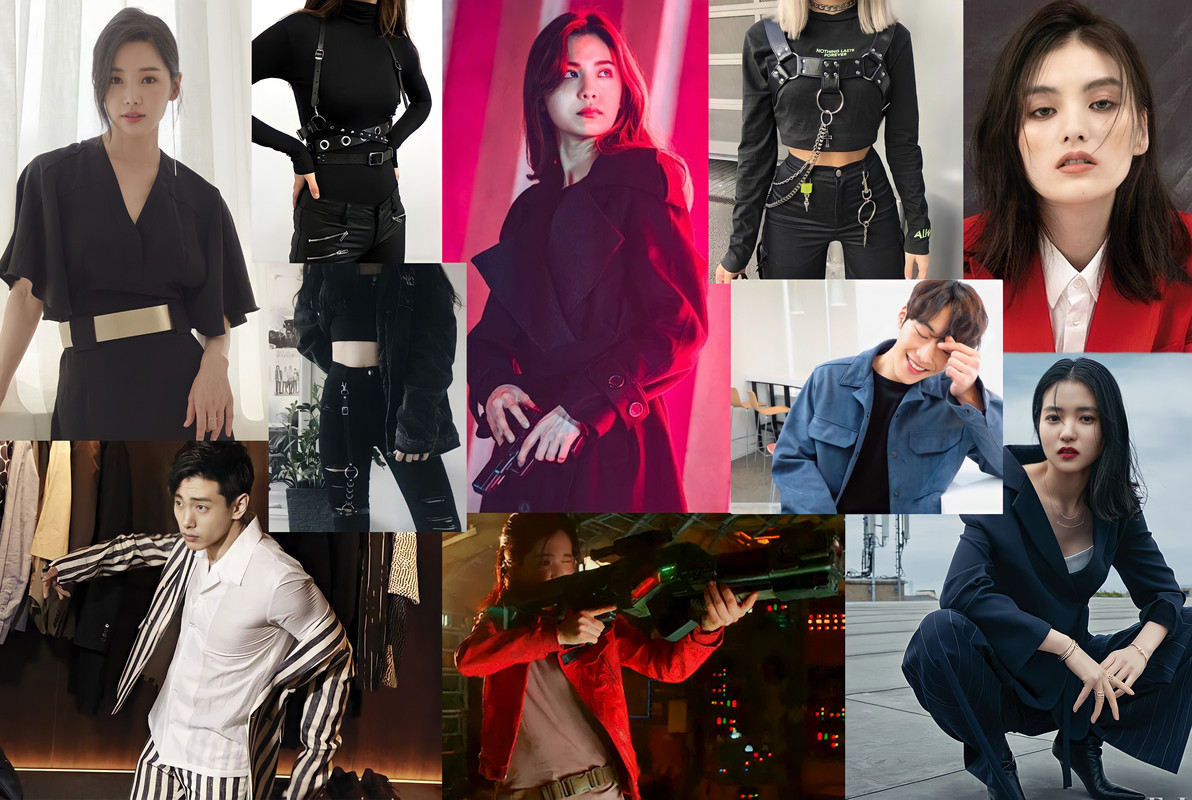 These are a just few of my ideas, I’ve watched dramas for almost 9 years so I have more crazy fun ideas but I don’t want to make this too long so stay tuned~

The SM stands for my initials, the lilac stands for my favorite color (and it’s sometimes my nickname). All my life I had too many dreams and too many talents that I didn’t want to be confined to one thing. I’m a designer, an artist, a drama addict, a writer, a reviewer and just a normal person that wants to spread my talents.